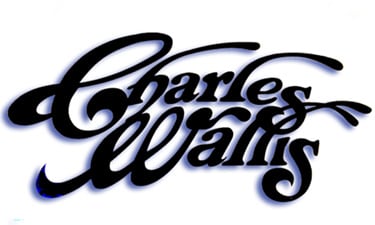 This painting is of my favorite wildlife subjects to paint.  The Great Blue Heron.  The setting is from a small lake near Carthadge, TX on the Deadwood Land and Cattle Company Ranch.  Mel and I stayed there to attend her high school class reunion.

I took several photos around the little lake with my iphone because it had such interesting corners and places.   I decided to paint the scene and add the Great Blue Heron.  The great blue heron is one of my favorite subjects over the last few years.

The Great Blue Heron belongs to a large family that includes herons, egrets, and bitterns. This world-wide family has about 60 species. The Great White Heron of Florida is a local color variation of the Great Blue and belongs to the same species. Herons have special patches of powder down feathers, which they rake with a foot, causing the powder to fall on fish it has caught. The powder causes the fish slime and oil to clump up so that the herons then can simply brush it off with a foot. Herons also rub the powder especially on the underside of their bodies to repel swamp slime and oils.

The Great Blue Heron can swallow a fish many times wider than its narrow neck.  Herons look for food anytime there is enough light. Studies suggest that cloudy weather is ideal for the birds to look for fish. Herons don’t just eat fish, however. They eat a wide variety of prey, including frogs, salamanders, turtles, snakes, insects, rodents, and small birds.  In catching fish, the Great Blue Heron grabs smaller fish between the two mandibles of its bill; with a quick strike it stabs the larger fish.

Herons nest in colonies. One of the largest colonies in Washington is located in Renton; last year there were approximately 135 active nests there.  Great Blue Herons often reuse a nest, adding sticks to it each year. The male brings sticks and the female works them into the nest. Older nests can be recognized by their large size.  Great Blue Herons lay from three to seven eggs, but the usual number is four.

Adult Great Blue Herons have no natural predators, although bobcats and coyotes occasionally kill one while feeding on the ground. Young herons in the nest are often killed by crows, ravens, gulls, hawks, eagles, and raccoons. Eagles have been known to cause entire heron colonies to fail. It is dangerous to handle a Great Blue Heron. It can strike quickly; its bill is strong and very sharp and can cause serious injury.

The Great Blue Heron breeds throughout North and Central America, the Caribbean, and the Galapagos Islands. Some populations migrate to South America for the winter. Adult herons stand around three feet tall, but can stretch to about four feet; their wingspan is about six feet. These large birds weigh only about 5 to 6 pounds.

The Great blue Heron has special neck vertebrae that allow the neck to curl into an “S” shape, and its structure allows a lightning-quick strike at prey. In flight the neck is folded back into the S-shape and the legs are stretched out behind them. In-flight Great Blue Herons average about 25 mph, their maximum flight speed can approach 35 mph.